Best Known Pest Control is a top opossum removal service. We’re the best at removing Opossums from your house in a safe and humane manner, so look no further. To schedule a consultation, phone us now.

Opossums, or possums as they’re more commonly known, may be a nightmare if they get into your house. Imagine this beast glaring you down and baring its teeth at you in your own home. This is a frightening concept, but for some people, it is a reality in their homes. The good news is that Best Known Pest Control provides humane wildlife removal services.

Opossums are opportunistic animals that can live in your attic, outside in your shed, enjoy your garden’s flora, take your pet’s food, or rip apart your waste. Possums are smelly, dirty, and can leave big excrement behind, as well as carrying parasite infections. Although opossums are unlikely to attack, it is preferable to leave their removal to a professional wildlife animal removal company

They are the only marsupials native to the continent and are only found in North America. Female opossums, like Australian marsupials like the kangaroo, carry their young in their pouch. Possums are nocturnal creatures that are seldom observed during the day. When they are threatened, they have an entertaining tendency of pretending to be dead.

Insects, grass, small mammals, fish, and dead animals are among the foods consumed by opossums. When they are in a safe environment, they pose little of a threat. They become an issue, however, when they become trapped and unable to escape, as well as when they penetrate homes, basements, and other structures.

Unless provoked, these animals rarely bite or attack humans, and they practically never contract rabies. They are still a concern, though, because they can spread disease-carrying parasites such as ticks and fleas.

A possum problem can be solved simply by trapping them (they don’t make it difficult to catch them) and stopping them from returning. It is not suggested that you attempt this on your own because you may wind up putting yourself or the animal in undue danger.

It’s Time for Opossum Removal If You Notice the Following

To receive a opossum removal estimate, or to schedule an inspection or treatment, please call Best Known Pest Control at 781-333-1998, email Bestknownpest@gmail.com or complete the website form on this page. 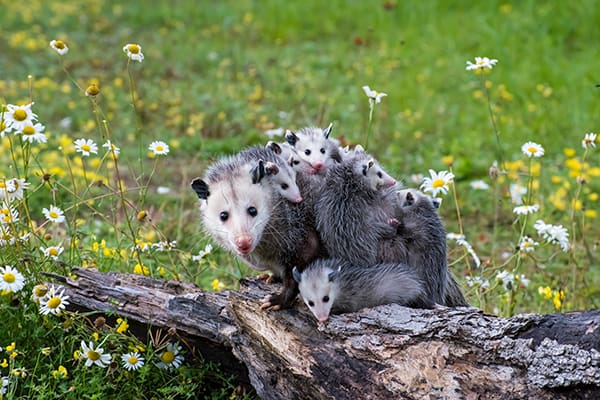 Request an Estimate for
Opossum Removal